Auditions for The 39 Steps 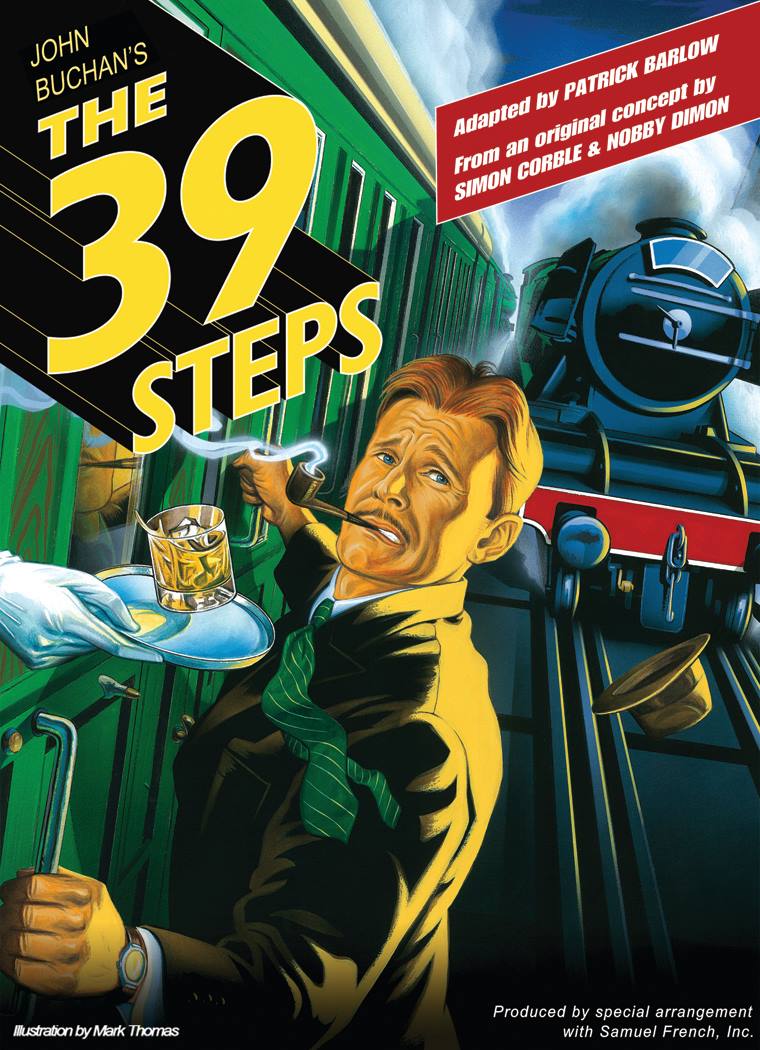 Auditions for the second production in Seneca Community Players’ season “The 39 Steps” will be held February 29 and March 1 at 7pm-8pm Seneca Falls library:
4 Characters
1 male 30s to 40s
1 female 30s to 40s
2 males or females (or 1 each) any adult age.
(this is a very physical comedy intensive show)
Set in 1935 this is a hysterical, high speed, melodramatic comedy in the Hitchcock style. Richard Hannay recounts his breathtaking adventure fighting the criminal underground organization The 39 Steps. He takes the audience along for high speed chases, romance, death defying stunts, and runaway trains across 4 countries, 5 languages and love lost and found again. Four actors portray 150 characters in this delightful, fast moving hilariously funny comedy.  Email ejjansen@msn.com